August 03, 2014
There are many things that special needs teachers do that may not be main stream, but are good teaching practices regardless of a child's abilities. One of those things is using a visual schedule.
According to education.com, "A visual schedule communicates the sequence of upcoming activities or events through the use of objects, photographs, icons, words or a combination of tangible supports." Basically it is a to do list with pictures on it. They are used largely with children who have autism, adhd, or other organizational concerns.
Another place they are seen is in early childhood classrooms. This is because young children do well in structured environments and they can't read yet (or well, in some cases). A child who is unsure of what may happen next or who is still learning to be in control of just themselves while following directions has an easier time transitioning when the support of a visual schedule is there.
I found this out recently with my own strong willed 4 year old. By "found out" I mean I used a method that I knew would be helpful (bassed on my previous experience) and was somehow still surprised.
I decided to try a visual schedule when other methods (like allowing acceptable choices, waiting, asking questions, being firm, removing the item causing problems, removing us/him from the environment, bribes ... And everything else under the sun) were not giving consistent results. Well, it was consistent, but only in that I knew he would react negatively or unexpectedly somehow.
So, I looked harder to find a pattern. Behavior doesn't just happen and children don't do things "wrong" just to make you crazy,  despite what you may feel at the time. What I noticed was that every (EVERY) time a change or transition was talked about or began to happen, he would become flippant, clingy, whiney, aggressive, flop on the floor, swipe or throw things.  It is something I feel liked I should have seen from a mile away: he has anxiety about transitions and feels a loss of control because he is unsure of what to expect.
I also noticed that evenings were the worst for him. He has never been a big napper, so by dinner he is predictably tired. Even though we do almost the exact routine nightly, he is rarely unable to follow the directions without putting up a fight.
So, I tried a schedule. I grabbed a piece of paper and a pencil, made 3 squares of what was going on next, and had my son watch while I drew and wrote 1 thing for each square. It was something like "eat, put clothes in hamper, take bath."
It
Was
Amazing
He LOVED the control it gave him. He was able to stop worrying about what I was going to tell him and focus on being autonomous. It felt magical. He ate his dinner, which could be a whole other post.  He put his clothes in the hamper, not on his bedroom floor. He took a bath AND put on pajamas without me asking. It was so cute. I loved the smug smile and crossed arms cool guy pose he did afterward, "yeah. I did it. What's next? Can I cross it out? Don't forget to put hugs&kisses at bedtime."
Fortunately, I grew out of my rose colored glasses many years ago and knew that might just be a good experience because it was new. So we did it a few more times, mainly in the evening or if we were going somewhere. It had been very helpful. And he is comfortable enough with himself to ask for incidental changes, like adding a bathroom break or playing at the library. He seems to intuitively know that the schedule isn't static, but we are going to do all of those things in that order.
I was able to find an app that does individualized picture schedules for free.  WHAT'S NEXT!? is available for Android with some limitations for the free version and unlimited features for the paid. Features include loading pictures and saving schedules that will be reused, like a bedtime routine or getting ready for school. I like this app because it is simple, functional, and customizable.
I made one for bedtime that we used tonight. I think the added bonus of being allowed to do something on mommy's phone made it super awesome; I don't normally allow my kids to use my phone for games. We still had the normal kids moments like not wanting to wash hair, running around nude laughing hysterically at himself, getting the wrong toothbrush on purpose, falling face first into bed - all very funny stuff. But he did it. He did what we wanted him to do in a timely fashion.
It felt awesome. He felt awesome.
Summary:
- unwanted or unexpected behaviors could be a child's way of communicating that something is wrong
- look for patterns if behavior is repeatedly an interference
- provide a tool, like a visual schedule, that helps your child behave in expected ways


How to do help your child with transitions?
Android apps behavior children communication scheduling transitions

New Website
As GFC branches out to include FCC Coaching, there will be some changes on the website. For now, all blog posts will be made here. Once the new website is built, posts for parents and families will continue to be made here. Information for family child providers will move to its's own space reserved for educational consulting.


Does my child count in my ratio??

This question should be cut & dry for family child care providers, but it isn't. There are multiple variables that sometimes contradict each other within the regulations. So, let's try to wade through the regs. This list is for day time care, not evening or overnight care.

My understanding of ratio regulations for you own child:

Next week it will become official: I will be a licensed family child care provider! So that means this week is when I run around like crazy checking, rechecking, asking others to check, then checking again everything I have to prepare.

Today I finished a project that was pretty easy after I figured out the mechanics involved. One regulation in our state for family child care is that the water temperature in sinks/baths/etc cannot exceed 120 degrees. Most homes, including mine, have the water heater set at a higher temp (around 140F). I didn't want to reduce the temperature for the entire house.

After some research, trial and error, and a completely unhelpful and degrading manager at a big box store that starts with L and rhymes with "toes," I was able to put in a system that reliably lowers the hot water temperature on the sink.

My Supplies (not pictured: a wrench, plumbing tape) 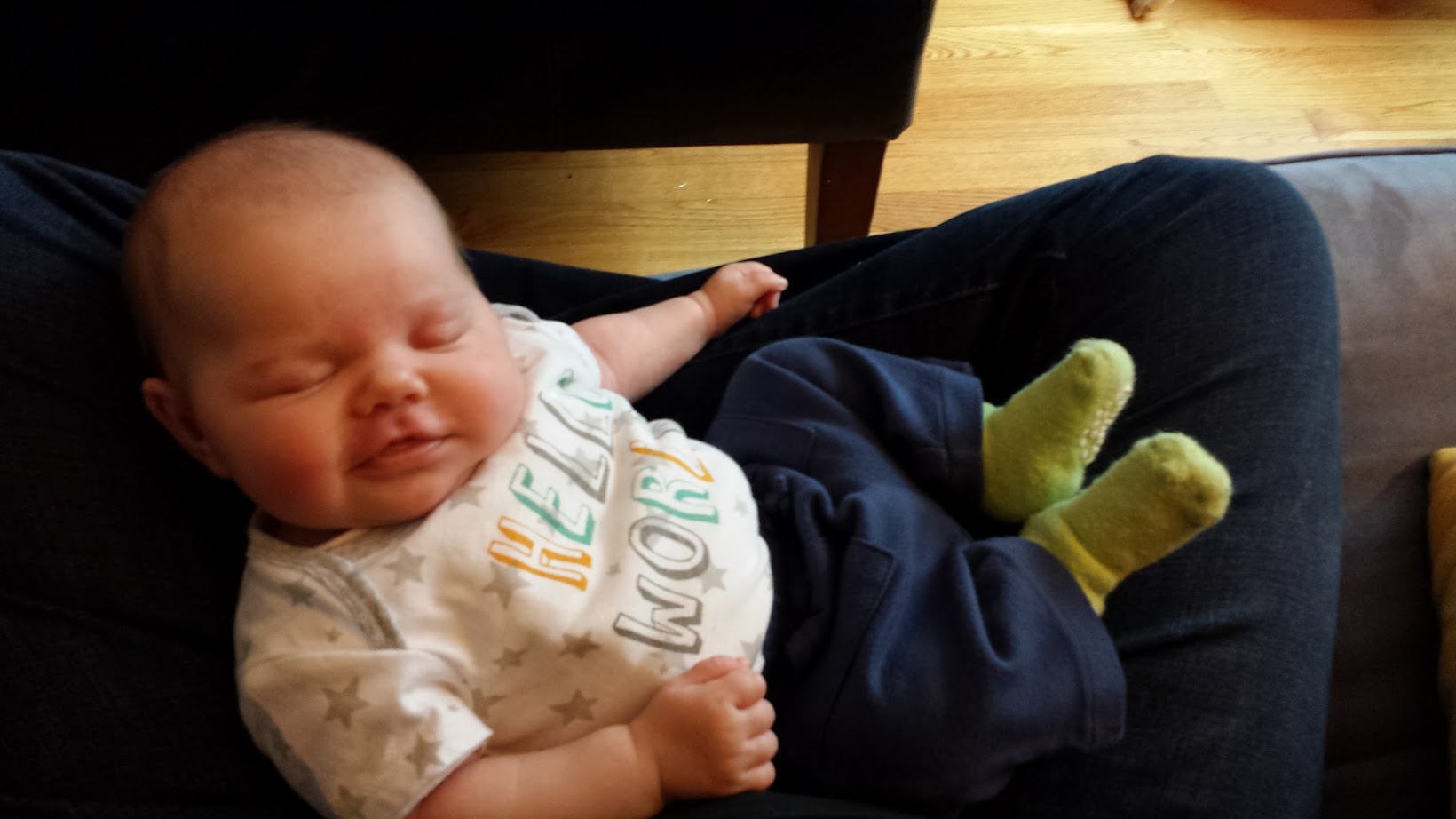 A question that parents ask when touring and preparing their baby for child care is,

"How does nap time work?"
They are looking around either suspiciously or wide eyed at multiple pack-n-plays and a stack of nap mats that are spread out in the playroom daily after lunch. It's difficult enough to get 1 child to take a nap at home, so thinking of 6-10 kids in one space napping is unbelievable.


They key factors that guide my approach to nap time are:

Respect the rights of the child: they have the right to a balanced day that includes time for loud, busy play and for quiet, calm rest.Respect the needs of the child: I rely largely on Maslow's Hierarchy of Needs when planning out the day or when deciding what type of help a child may need. Provide firm, fair, and consistent care: I set firm limits for safety and respect. I try to be fair in providing what each individual child needs. I try to be as consistent as possible with routines and responses.
Okay, so those are thin…