I've said it before and I will probably say it at least 4 thousand more times in the next year: giving specific feedback encourages children to repeat that behavior.

Notice I didn't say "positive feedback." That is because not all feedback is positive and a lot of the attention we give children increases a behavior that they have. And. . . What they are doing isn't always what we want them to do.

Here is a common scenario:
Johnny wants the marker that Jane has. Johnny says, "I want blue!" And grabs for the marker before Jane can respond.

Consider these two reactions:
A) an adult grabs the marker from Johnny and tells him to be nice, tells him he has to say he is sorry, tells him he has to share, demands that he re-ask for the marker, demands he ask again and this time say please, then tells him he did a good job using his words and gives him the marker
B) an adult gently asks (insists, really) for the marker, tells Johnny he did a good job using words but forgot to wait for an answer. The adult gives the marker back to Jane and prompts Johnny to try asking again. The adult praises Johnny on calmly using his words, regardless of if Jane's answer is yes or no. The teacher then follows through with Jane's response: either waiting until she is done or getting the marker now.

One of those responses had meaningless praise. The other provides meaningful action.  Both reinforce a behavior.

Response A gives Johnny TONS of attention and the adult has good intentions. Unfortunately, praise was given for "using words" to solve the problem when actually the child's word were not used to resolve the conflict in any way. The child listened to someone rant, mimicked the words they were instructed to say, then were rewarded with the item that was taken from another child.

Response B first gives attention to the problem (following a question there has to be wait time for an answer), gives the child a chance to think about what to say, and respects the other child by not taking their item away.

Depending on the age and maturity of the children, an adult may be able to get the "conflict causer" (Johnny) to willingly return a taken item to the other child. If a child is able to do that calmly, then it would allow them to have more control over the situation and feel less like they were in trouble. Because - really - do you want a child to be punished for not performing a social skill that is not yet developed? Of course not! You want to give them every opportunity to practice those skills in an environment that welcomes mistakes as a time to learn in the moment.

An ongoing activity we have is our Taking Turns Rainbow Chain. Now we have a double dose of me catching children doing well. We are making a holiday tree out of hearts!

Now, "use your heart not your hands" is an abstract concept that preschoolers and  toddlers are likely not to completely grasp. So when talking about making a tree out of hearts, we first talked about feelings (good or not good) that they had when interacting with each other. I kept an eye out for teachable moments so that the feelings and situation were still tangible.

We also talked about feelings and using words during story time. Last month we focused on Kevin Henkes books, which focus on children's friendships and interactions. Using literature for social and emotional skills helps to develop empathy and depersonalizes the emotions - which sounds weird for social skills, but I like to keep things as positive as possible. Lilly being upset about her purple plastic purse is much easier to discuss than Bobby being upset about Joe pushing him just now.

Activity
Prep Materials:
Cut out hearts appropriate to your space available and the number of children you are doing the activity with. I did A LOT for the small group I have. I think I have somewhere around 40 hearts and only 3 kids. I'm planning on handing them out often.

What to do:
First, keep an eye out for children using their words to get peers to do or not do something. Second, When you see it happening raise your hands in glory to praise God. Okay, maybe just do that mentally. In reality, point it out to the kids. Be Specific.

"WOW! Sally just asked Jim to stop touching her blocks. Awesome job remembering to use your words! You were thinking with your heart, not your hands. Doesn't that feel good?"

So, I kinda jammed way too many compliments in one response, but seriously: The more excited and authentic your emotions are about this, the better the kids will respond.

RIGHT THEN, give the child the heart. I'm having the kids decorate them before hanging it up, but we will have a big decoration celebration when the tree is built. Maybe add some glitter, sparkling garland, real Christmas lights!!!

So, a bonus to these social/emotional based activities is that we are also working on language skills and executive functioning. The children have to verbalize, even if not clearly or in a complete sentence, something to show they are trying to respect another person.  Additionally, it helps promote confidence. It is giving each child a right to their own space, their own property (even if it is technically "school" property), and their own wants and needs. 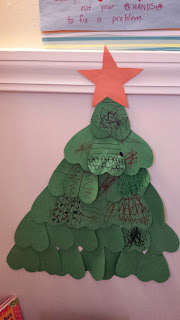 They did an awesome job! Our tree is beautiful. 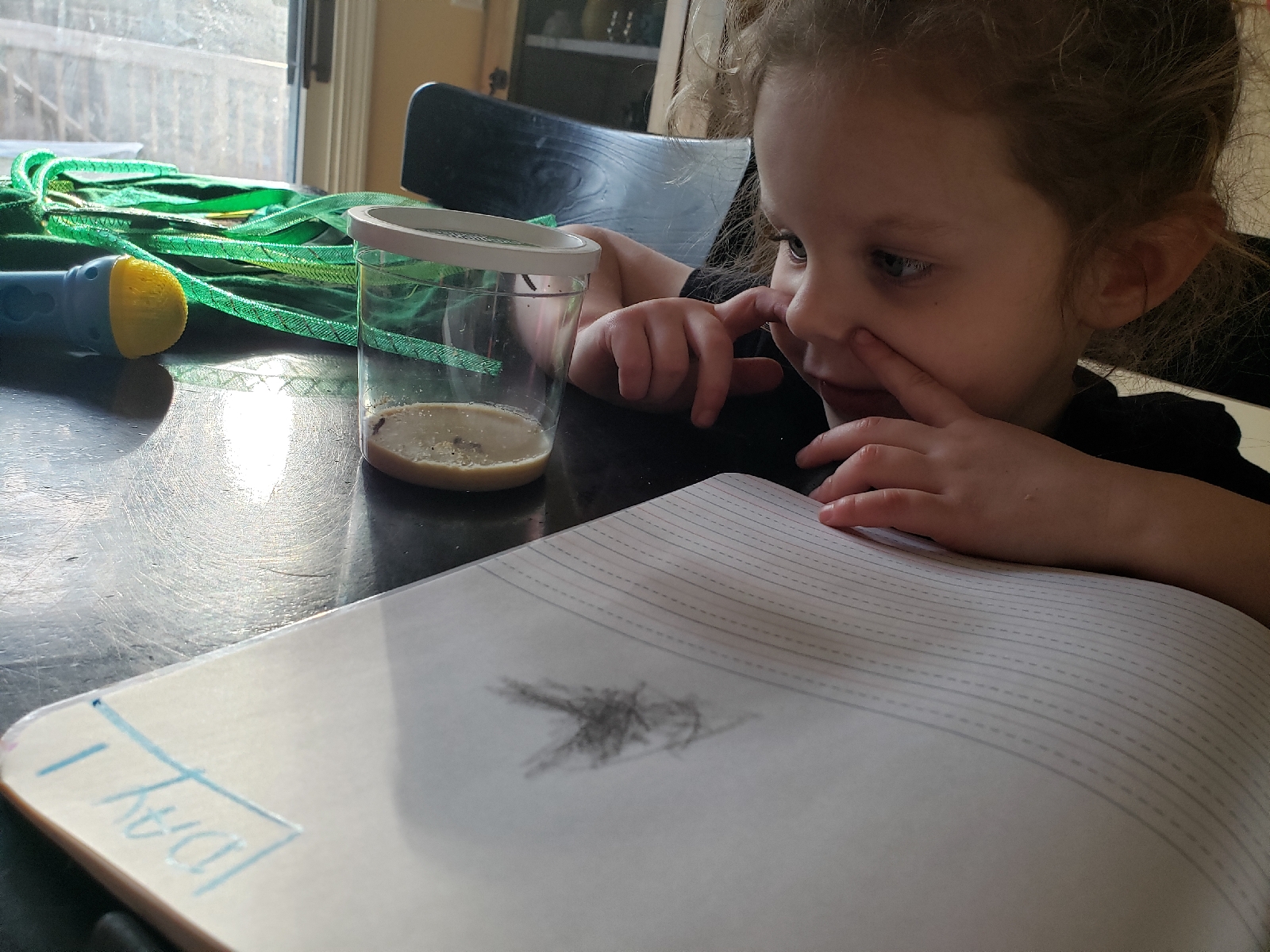